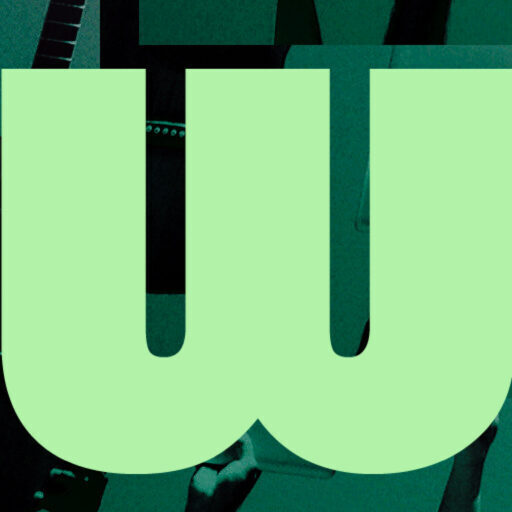 Unique, creative view of the Universe. If Ford Prefect had a band, this would be it.

Listen on SpotifyListen on Apple

Here’s a playlist of Wizbe Songs. And Add them to Your Playlist?

Wizbe is a rock band consisting of the optimism of singer-songwriter Stan Farrell. The music is typically happy, rock flavored acoustic songwriter flair with a twist. The music is made using acoustic guitars, drums, keyboard, and bass; all played by Stan. Wizbe has been recording his music since 1999 and releasing homemade albums yearly. In 2017, Wizbe began releasing his music albums and songs directly through distribution services.

Wizbe has released four albums since 2018 plus a multitude of singles. His style is rock, indie rock, and folk. Wizbe is the band name for Stan Farrell who creates in Manchester, Maine. The band was founded in 2000. Starting in 2020, Stan Farrell has also started releasing music under his name, Stan Farrell, as well as continuing with Wizbe. Wizbe Band members: Stan Farrell: Drums, Bass Guitar, Vocals, Backing Vocals, Lead Guitar, Keyboard, and other various instruments.

So to hear Wizbe, where should you start? Ideally start with their Wizbe Songs Playlist. This list is updated with Wizbe’s new songs as they are released. For specific songs, let’s look at 3 that have a definitive Wizbe feel. Start with “Space Bandit” Stan Farrell of Wizbe says of this new song Space Bandit, “I like the fun of the 3rd verse as I try to answer why we all really want to go to space. It’s not for scientific discovery or going where no one has gone before. The song tells real reasons” When asked about where the song idea came from, Stan states “This song evolved from lyrics written over 10 years ago. Sometimes a song just sits in your mind for a long time before percolating back to the surface.” This is Wizbe’s 10th single for 2022. Wizbe has over 90 songs published including four albums. Follow up that song with “Conversation Killer” by Wizbe. This is a more driving, rock song that may get you thinking or at least rocking. As Stan says “this song has some autobiographical parts to it. Some people are just difficult to converse with.” A third song that captures a little piece of the diverse Wizbe World is “Going to the Grocery Store”. This is a relatable song with a fun twist. We all go to the grocery store, and it’s never fun. The song has the straightforward in-your-face lyrics that make Wizbe stand out.

Wizbe songs are available on most audio streaming services including Spotify, Apple, YouTube, Tidal, and Deezer.

What Does Your Band Name Mean?

Wizbe is from a story I wrote in 4th grade about Wizbe the Worm. He was a scientist and inventor.  I’ve started and owned Wizbe Cafe, Wizbe Innovations, Wizbe Industries, and Wizbe Songs. I don’t have a daughter named Wizbe, and my dog’s name is not Wizbe either.

Who inspired you to make music? Over the years, inspiration has come from lots of different places. My brother and I played music together quite a bit over the years. I try to make his heavy metal but mine just comes out like a wasp in a hail storm. I had a great roommate in school, Mark, that inspired me to pick up the guitar. There’s also inspiring music from everyone around me. Lately, it’s been a group of guys getting together and talking music and music making.

Who Are Your Biggest Influences?

My biggest influences depend on the day. The great thing about music is that every song is relatively short so each song can have a different influence. So I can make one song under the influence of the Beatles and my next song influenced by the Violent Femmes. I can be Tom Petty for 3 minutes and then Barry Manilow. Even within songs, I may mash a Johnny Cash with a Bob Dylan or steal a chord progression from the Grateful Dead and sing Aerosmith on top of that. It’s really fluid. And it all comes down to being open and listening to as much music as possible.

I’ve been told that when I’m live it’s a lot like the Ramones or the Violent Femmes, maybe talking heads, but I think what they are saying is that I can have a chunky first beat that I like. I used to try to move towards these certain types of music, but I could never get there. Once I spent a lot of time trying to make a cover of Tom Petty’s Free Falling. I sounded like a really bad version of Tom Petty. I couldn’t pull it off, so it was a good moment for me to see that I make a better me than I do a Tom Petty or Barry Manilow. If I could sing better, I’d go more towards Queen music. If I could do better metaphors I’d move towards Bob Dylan. So I’m me. Isn’t that what we all want to be? 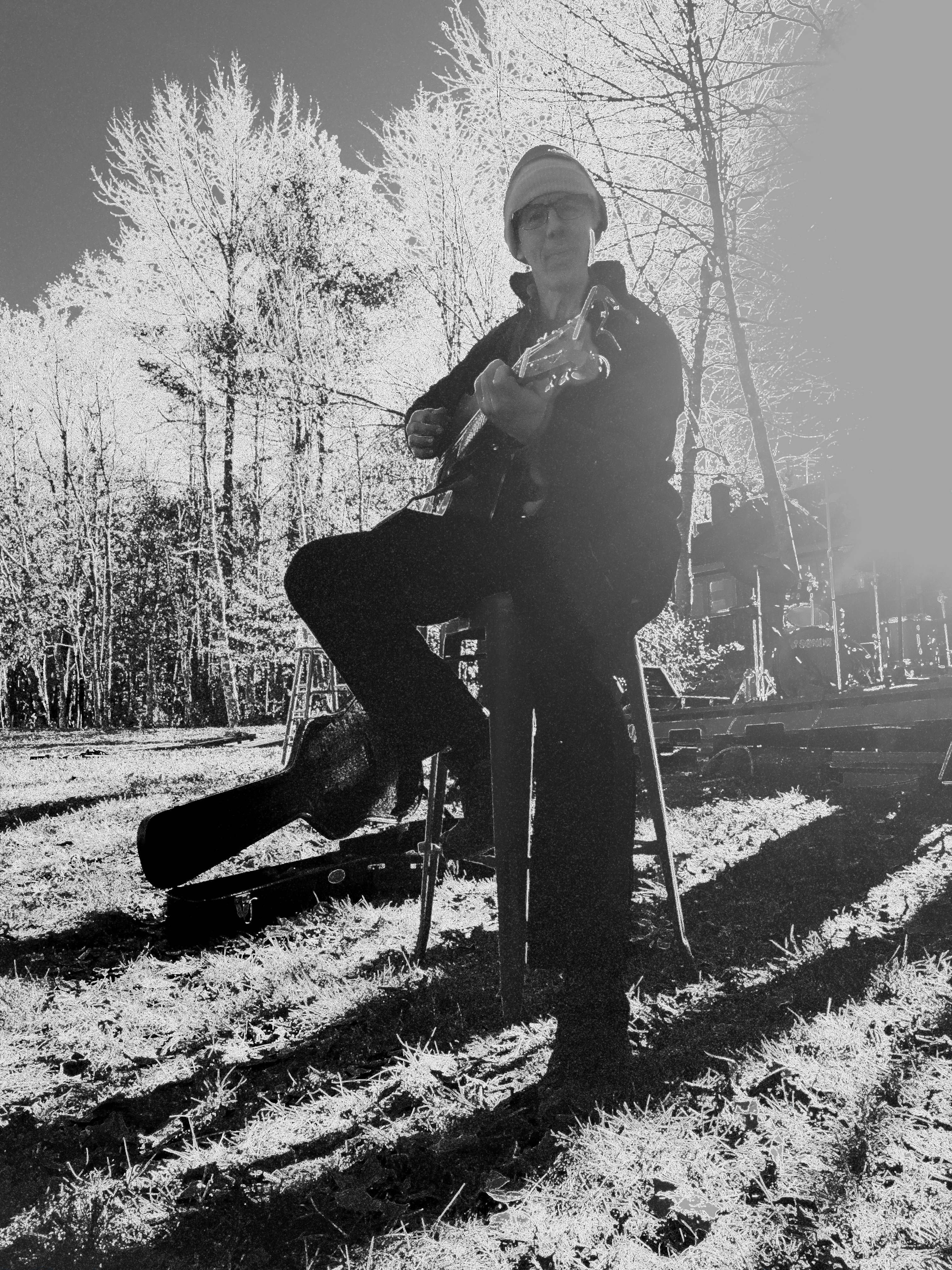 Stan of Wizbe with an acoustic performance 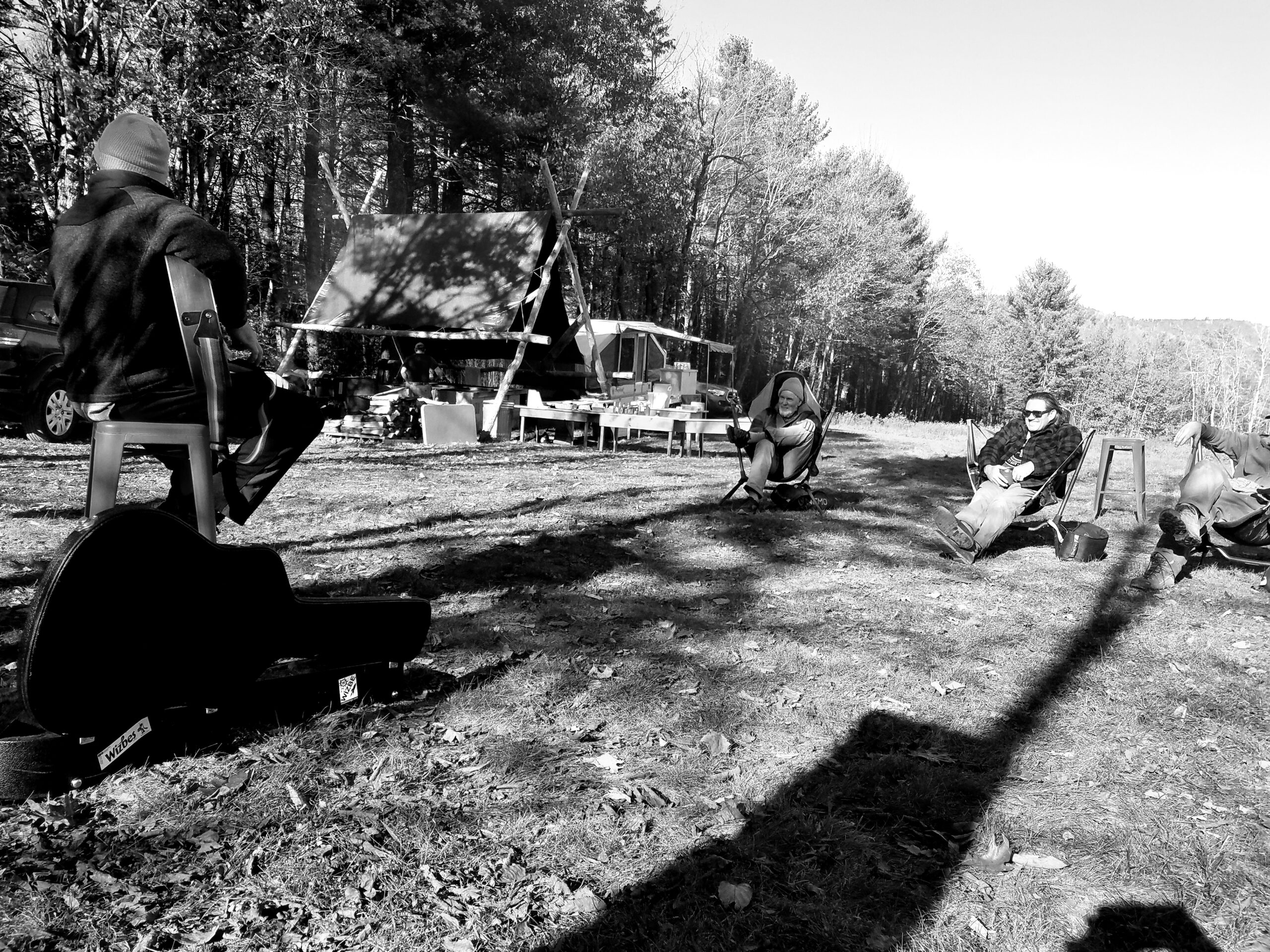 Music Magic. It starts with a note. This is Stan of Wizbe.

Because more people are playing now than the rest of history combined, and a larger percentage of people are making music, the music magic is returning. Music is coming back to the people. And when music comes back to the people the magic will begin to flow to make the world more amazing than ever. 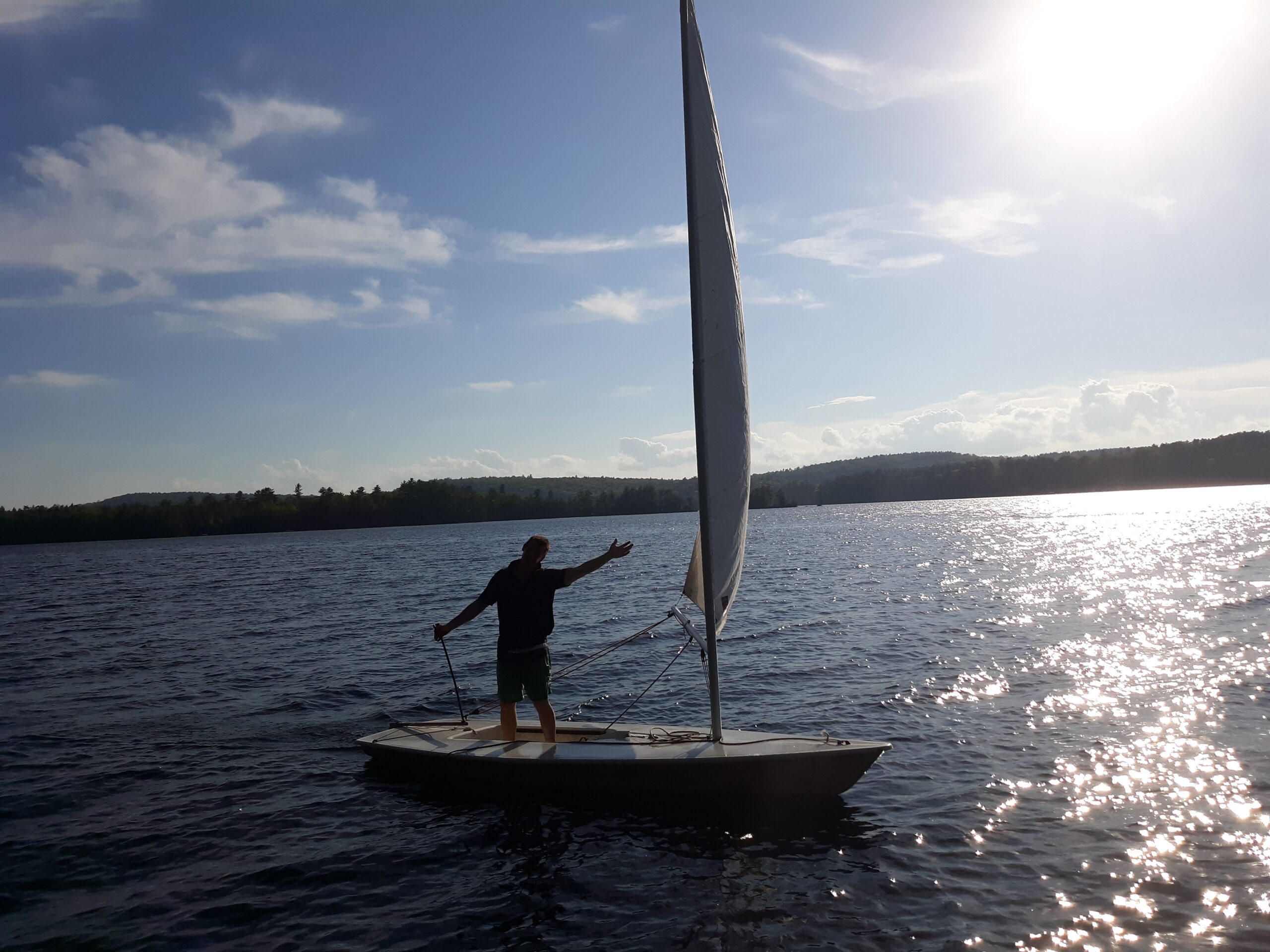 The Magic of Music

Magic comes from the combination of things that become greater than the parts. Music is magic, and humans knew that music could be used to do magical things. Everyone was a musician and with that everyone was connected.

The ability to use that magic was lost as the power of the music has been usurped by the powerful; first the church, then the nations and the dictators (kings), and now corporations who run the mega-bands that push us to believe that only “musicians” should make music, and the rest of the world should just listen to what their selling.  But that is beginning to change through the democratization of the way music is recorded, distributed, found, and listened to. Anyone can participate. And everyone is. Music is the hope for everyone to create something bigger than themselves. 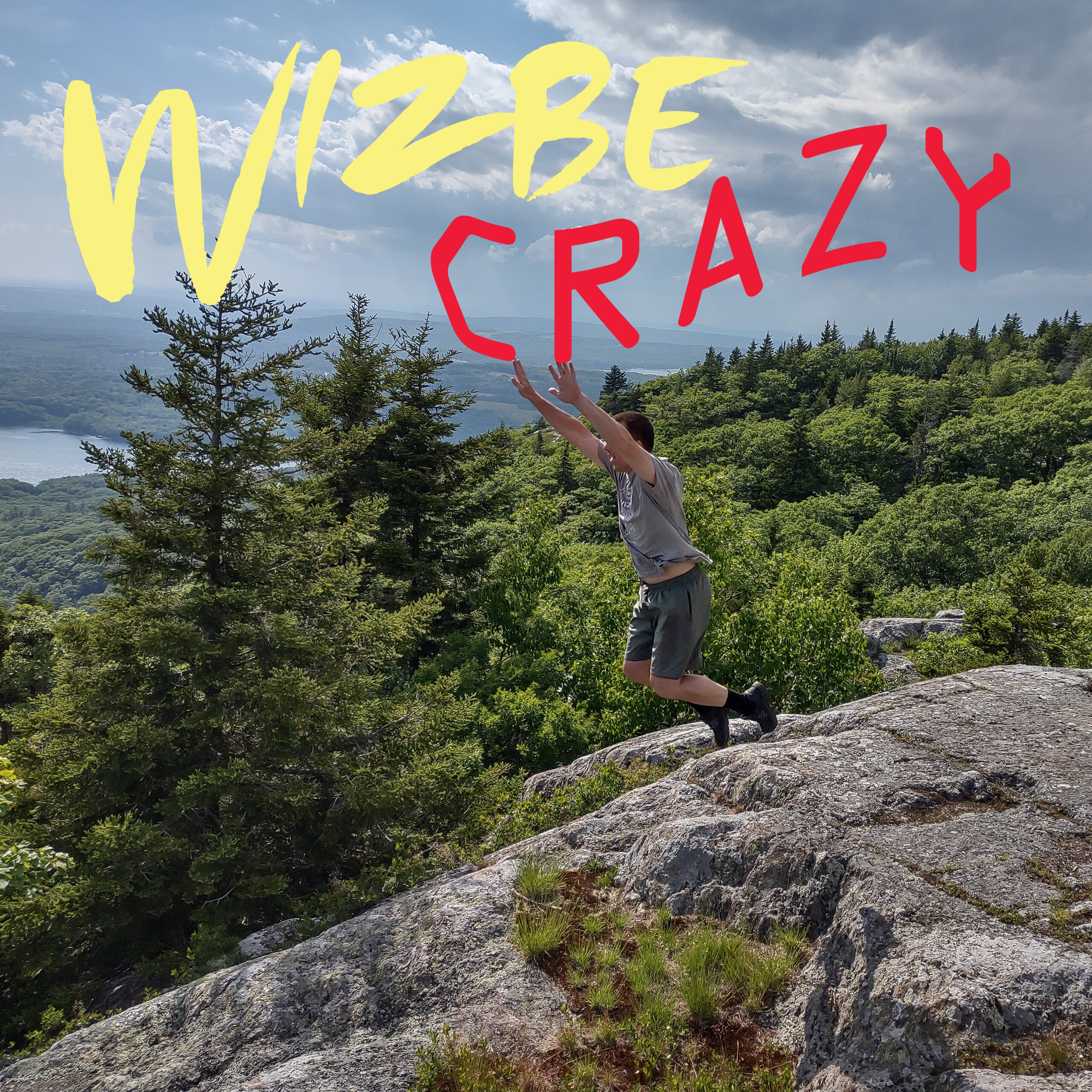 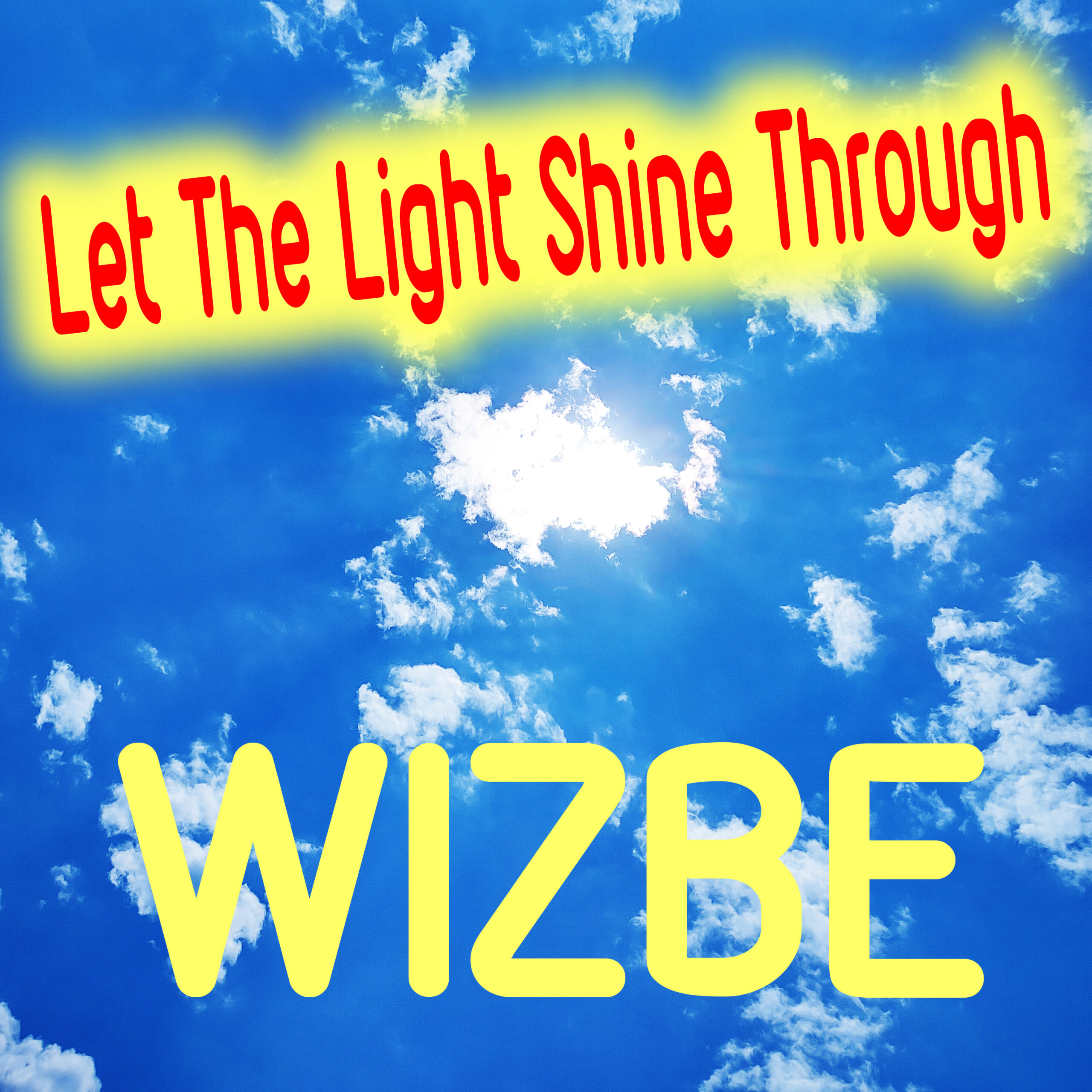 Listen to Let the Light Shine Through